A game of shifting alliances

The Rome exists for over 1000 years. It is, however, but a pale shadow of what it used to be in the times of Caesar or Trajan. The World is changing and new powers are growing stronger; soon they will begin to harass and attack the Roman lands. Deep within the impenetrable and dark forests, which stretch beyond the rivers of Rhine and Danube, live brave Germans, who turn their greedy eyes on rich towns and villages spread across the Roman provinces. It would be, however, a lot easier to pillage and conquer if not rivalry and constant wars between tribes and warbands...

Germania Magna: Border in Flames is a card game of shifting alliances in which players assume roles of a Germanic warlords leading warriors across the great rivers of Rhine and Danube and into Roman lands. The Roman Empire is still too strong to be conquered, but its fields and cities provide a very attractive target for raiding. While your warriors will find Loot, you, their leader, will be presented with an excellent opportunity to prove yourself a worthy commander and achieve eternal Glory. The enemy is still very powerful, so in order to win you'd need to forge alliances (however fragile) with other warlords. Some of you may decided, however, to switch sides each time the tides of war change. 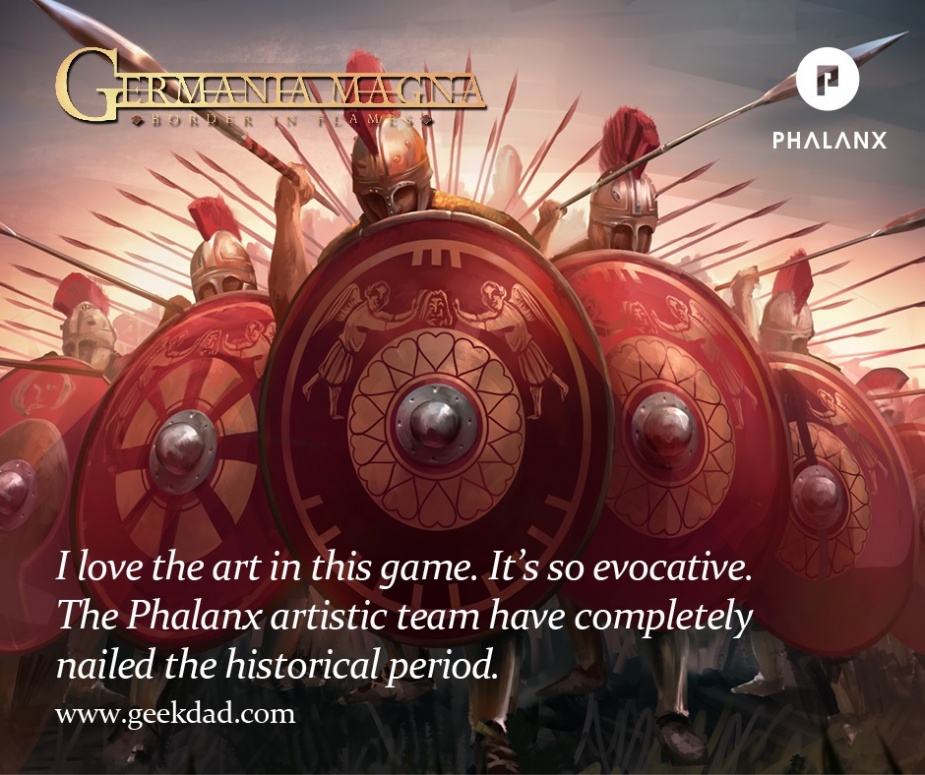 We have made every effort to make this game enjoyable by both, those who like games with high playability, and with rich historical detail and flavor. Our team is formed of individuals, who produced Ph.D. thesis in history as well as writers of books and scientific papers on antiquity. The art has been trusted to talented people, who are truly interested in the history, the game portrays. Our head art director is a reenactor in Legio XXI Rapax.

Many cards are quotes from works of Vegetius, Ammianus Marcellinus, Priscus, Zosimus, Ausonius, Sidonius and many other authors from the period. On the other hand, we don't want to bother players who are not interested in ancient history with too many rules and historical references, because the game should be fun not only for ancient history buffs but also for all those, who appreciate quick, tense games of high playability. That's why all the details are there to be found by those who want to learn more about the ancient history, but at the same time they won't influence the gameplay and may be ignored by those who just want to focus on the game mechanics. 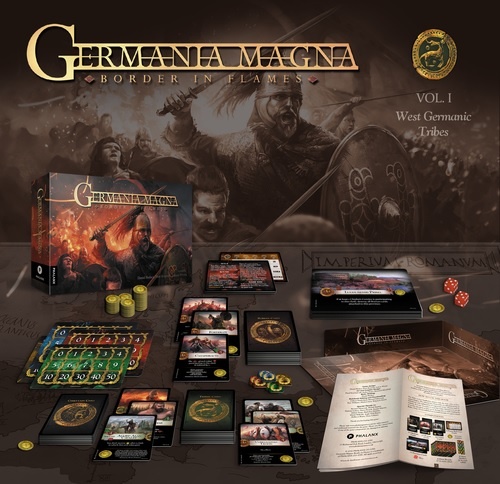 Germania Magna: Border In Flames is a card game for 2 up to 4 players, lasting about 30-60 minutes.

The game consist of several rounds (usually 6), divided into the following phases:

1. Preparation Phase in which players receive Chieftain Card, with unique ability and initiative value. In this phase new Roman Province opens up for loot that may become a target. Each province has its own fixed military strength (limitanei) and may be supported by additional forces of comitatenses (Roman Cards).

2. Supply Phase in which players draw cards from Tribal Cards and/or gain some additional loot.

3. Deploy Phase in which players play their Tribal Cards (units, tactics, strategies, attachments) creating hordes which will invade Roman Provinces. You may choose how many provinces to attack and whether or not to cooperate with others.

4. Clash Phase in which battles are fought. Some provinces will trigger their own special effects influencing any potential battle fought there. The other will provide valuable benefits for the victors but may change defeat into disaster if Romans are allowed to win the day. Players may cooperate to win and gain loot, but only one may get most of the glory and become the true victor. Thus some alliances may be forged and other broken, depending on the current situation, which will be influenced by array of event cards. The game is won by a player with most Glory Points.

We have launched the crowdfunding campaign on Kickstarter. After two days the game was funded! The game will have its premiere on Internationale Spieltage Essen (13 - 16 October 2016), which is the biggest board game fair in Europe. 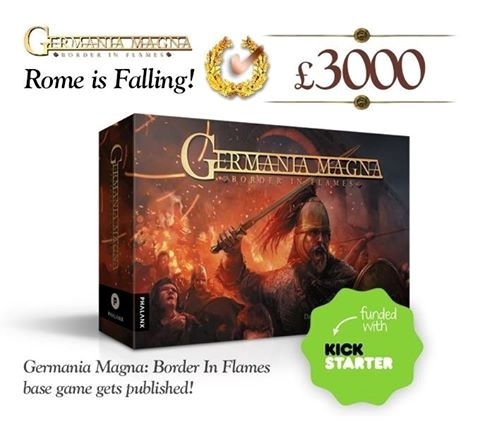 Errata i rozszerzenia do Twilight Struggle