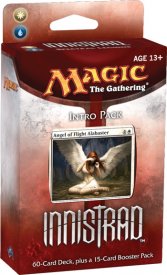 Spectral Legions
Fill the skies with swirls of geists, then power up all your creatures of the spectral realms. Be sure to laugh maniacally as your enemies scramble to stem your swarm of horrifying haunts. 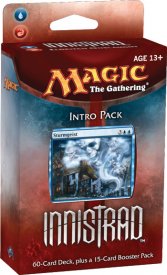 Eldritch Onslaught
Knowledge is power! Use cards with flashback to repeatedly pummel your opponent until your supernatural forces can conjure up a suitably horrifying end. 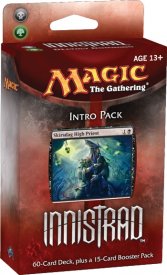 Deathly Dominion
Let all the graveyards fill with corpses! It doesn't matter whether they were your creatures or your opponent's—death is the key for unlocking untold powers for your minions and your spells. 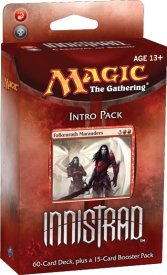 Carnival of Blood
Blood is thicker than water—and far more satisfying! The more blood your vampiric hordes can drink, the more powerful they become. Send waves of vampires to devour your opponent's defenses as you prepare for the lethal bite. 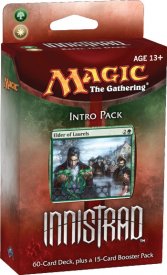 Repel the Dark
Hideous night horrors attack from all sides, but your human forces are steeled by a common goal: survival. Ward off your foes long enough to build an army, then unleash your angry mob on the fiends!
Zaloguj się, aby wyłączyć tę reklamę
Źródło: MTGSalvation
Tagi: Innistrad | Intro Pack